Following the unprecedented success of his appearance on the final of 'Britains Got Talent 2018' (he only went and won it), BBC New Comedy Award winner and star and writer of BBC Radio 4s comedy series, 'Ability', Lee Ridley (aka Lost Voice Guy) comes to Soho Theatre with a limited run of shows Lee is the first stand-up comedian to use a communication aid and made his first stand-up appearance in February 2012. He has performed in some of the UKs most popular comedy venues as well as in solo shows at festivals including the Edinburgh Fringe, the Brighton Fringe, Glasgow International Comedy Festival, Leicester Comedy Festival, Nottingham Comedy Festival and Liverpool Comedy Festival. He won the BBC New Comedy Award in 2014 and his TV and Radio credits have included The One Show (BBC One), Voice of The People (BBC Three), BBC At The Edinburgh Festivals (BBC iPlayer), Ability (Radio 4) and, of course, Britains Got Talent (ITV). 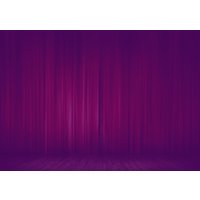