Following on from the announcement that the HARD GENERATION 2021 TOUR, headed up by DARREN STYLES, will be rolling into the O2 Academy, Gladsgow, we are pleased to announce that GAMMER, TNT (AKA TECHNOBOY & TUNEBOY) & more will also take to the decks on Friday 24th September 2021.

Considered to be one of the leading artists of UK Hardcore, 2006, 2009, 2010âs Hardcore DJ of the year, GAMMER is a successful and prolific producer, best known for his extensive discogrtpahy on the revamped Essential Platinum label and his collaborations with the labelâs founder Dougal as well as HIxxy and Darren Styles.

Fans of Hardstyle need little introduction to TNT, a collaboration between two of the genres greatest producers; TECHNOBOY & TUNEBOY. TNT has seen the exceptional artists create new musical strategies they simply wouldnât have created on their own, going beyond the realms of their individual imaginations and opened their minds to fresh possibilities that has even taken the guys themselves by surprise and whether itâs in the studio or on a stage, TNT will always be by definitionâ¦ a BOMB!

GAMMER, TNT & more join us in Glasgow for the HARD GENERATION 2021 tour, an all-new concept that will be bringing you a series of very special guest DJâs from the world of Hard Dance, joining none other than one of the scenes biggest trailblazers DJ/Producer Darren Styles.

Undoubtedly one of the worldâs most influential DJâs, he has been at the forefront of the hard styles of electronic music for over 25 years and remains a formidable force across the globe that has been instrumental in helping the hardcore sound crossover to the mainstream. His electrifying DJ sets and productions have garnered him a global fanbase and seen him perform at many of the worldâs leading electronic music festivals over the years including Creamfields, Tomorrowland and EDC Las Vegas where he was the first UK Hardcore artist to perform at the world-renowned festival.


Tickets are available now. at www.hardgeneration.co.uk 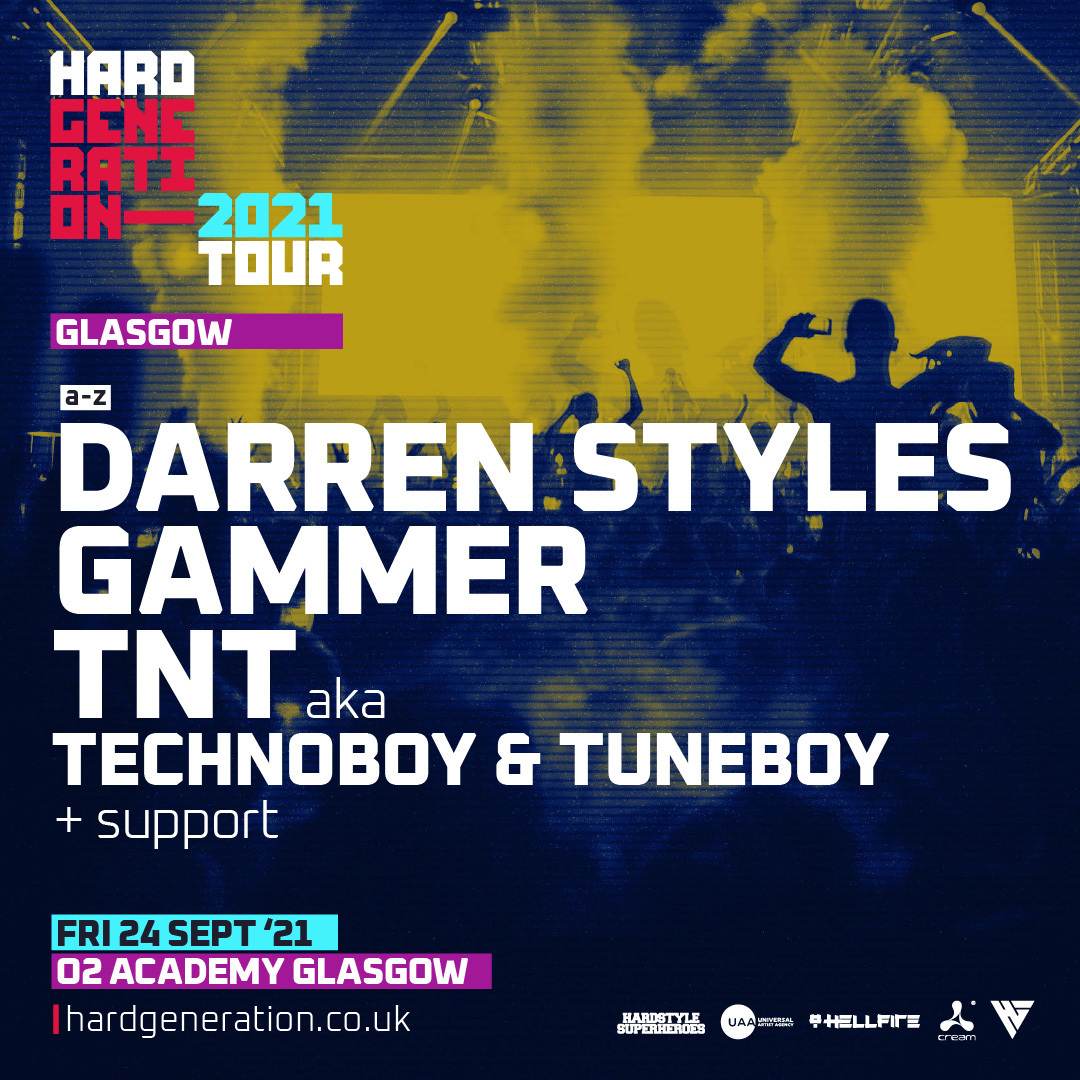